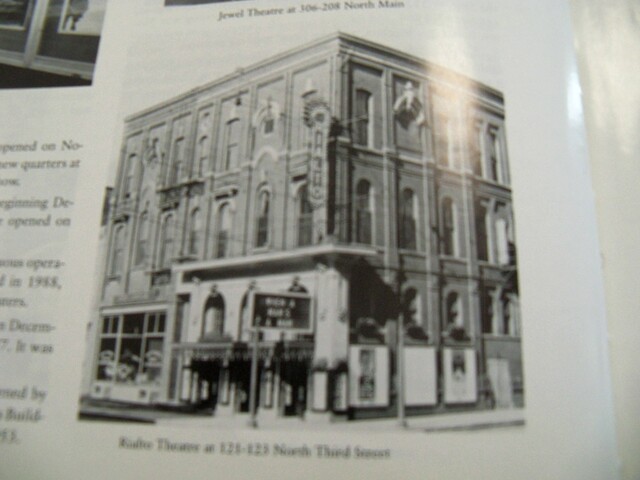 Burlington’s first Rialto Theatre opened December 21, 1921 with Thomas H. Ince’s “Hail The Woman”. The Burlington Hawk-Eye noted it was the old Garrick Theatre remodeled “somewhat" by A.H. Blank Theatres. In 1910 the Garrick Theatre was advertised as a vaudeville house that also showed movies under the banner “Garrickscope”.

In 1928 Vitaphone and Movietone sound systems were installed in the 600-seat theatre as the first in Burlington. On September 23, 1928 with the opening of the “The Jazz Singer" the public was greeted with new carpets, drapes, and seat covers which were said to enhance the acoustics.

While operated by A.H. Blank’s Central States Theatres, the Rialto Theatre was almost destroyed by fire October 26, 1930, and on November 8, 1930, a New Rialto opened in the Grand Theatre building at 411 N. 3rd Street.