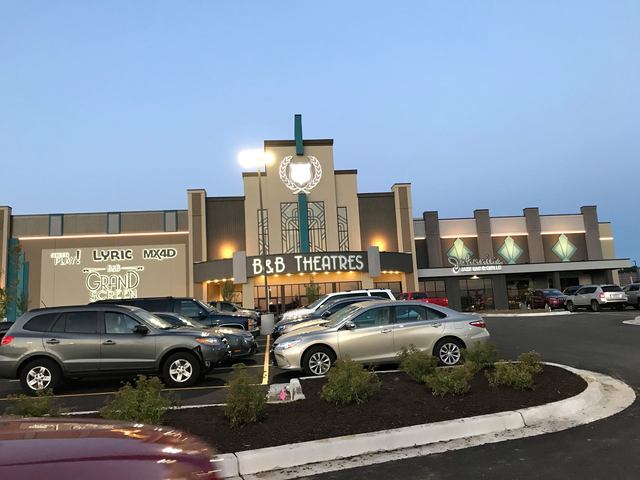 The new Liberty Cinema 12 opened July 12, 2018, about three minutes away from the old Cinema 12. It is B&B Theatres flagship operation and corporate headquarters and their 50th location covering seven states.

B&B Theatres is partnering with CJ 4DPLEX to bring the 270-degree ScreenX to four of the company’s locations. The 244-seat ScreenX in Liberty is reported to be the largest in the world. Also included are two of B&B’s wall-to-wall Grand Screens and an MX4D auditorium.

According to B&B Theatres, its history stretches back to 1924 when Elmer Bills, Sr. bought the Lyric Theatre in Salisbury, Missouri. Bills hired Sterling Bagby, who after returning from World War II, started his own chain of theaters and Bills Jr. continued the tradition with his own theaters. “On January 1, 1980, the Bills and Bagby families cemented decades of friendship by formally joining their two theatre companies into B&B Theatres.”

As a tribute to the original Lyric Theatre in Salisbury a 38-seat theater called the Lyric will show art house films when available and is designed for private events.

Food and drink is available at the B&B Marquee Bar & Grille, open to the public without buying a ticket.

As with newer B&B Theaters, which is reported to be the seventh largest chain in the world, the Liberty location was designed by J. Price Architecture.