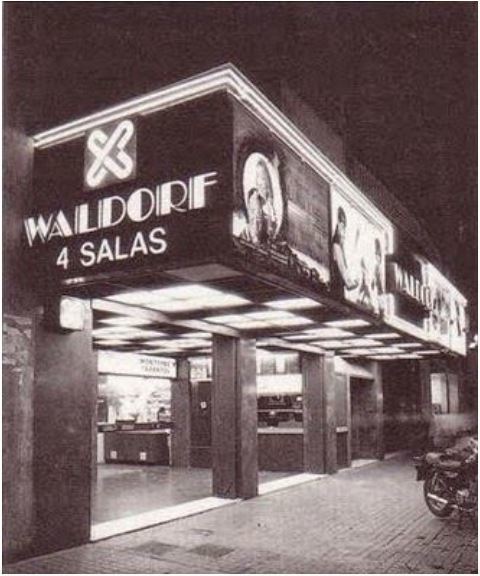 Located in the Sant Antoni district of the city centre. The Cine Mistral was opened on 8th December 1934. It was designed by architect Antoni de Ferrater and had 1,750 seats. It was closed on 25th December 1962 with “Cancion de juventud” (translates to Song of Youth) & Brad Harris in “The Fury of Hercules”.

It was remodeled to the plans of architect Josep Rodriguez Llovera and re-opened as the Waldorf Cinerama on 3rd June 1966 with Jack Lemmon & Natalie Wood in “The Great Race”, presented in Cinerama. Seating was provided for 1,089. Other ‘big’ films to play here include: “Hello Dolly”, “Camelot”, “Porgy and Bess”, “Where Eagles Dare”, “The Sand Pebbles”, “The Lion in Winter”, “Monte Walsh”, “Borsalino” & “Casino Royale”.