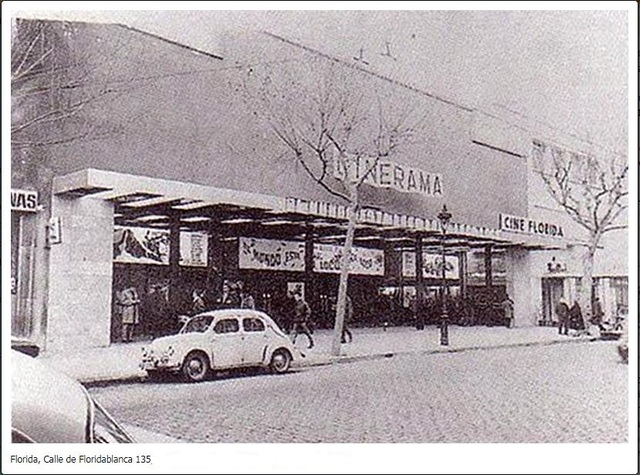 Located in the south of the city centre. The Cine Florida was built on the site of the 3,500-seat Gran Cine Bohemia (1910-1943). The Cine Florida was designed in an Art Deco style by architect Pere Ricart. It opened on 17th September 1943 with Barbara Stanwyck in “Remember the Night”. Seating was provided for 1,517 in orchestra & balcony levels.

It became the Florida Cinerama from 11th December 1964 when it opened with “It’s A Mad, Mad, Mad, Mad World”. Operated by Cinesa, it was converted into a triple screen cinema on 17th September 1988. The three screens, designed by architect Xavier Berenguer Barra had seats for 719 in the former orchestra level, and 311 & 207 seats in the former balcony level.

It was closed and demolished in 2001 to build the 7-screen Cines Renoir Floridablanca on the site, which opened 5th April 2002.