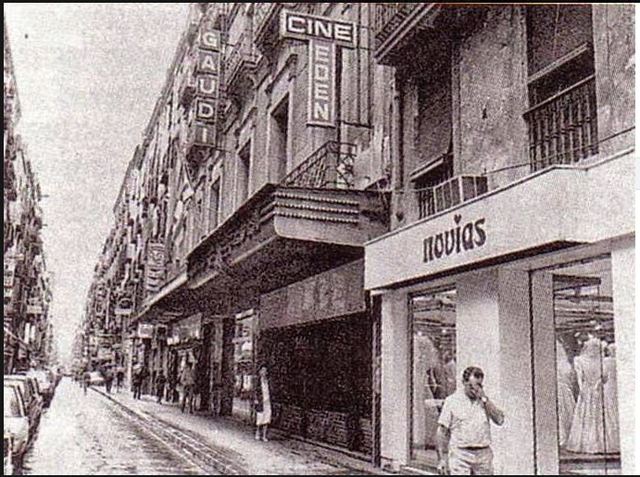 Located in the city centre in a street just off the famed La Rambla. The Eden Music Hall was opened in March 1887 and had 1,275 seats. It was showing films as part of its programme from October 1909. It became a full-time cinema from 24th December 1935 with a Fox Movietone newsreel and other shorts playing. On 29th December 1935 it screened its first feature film Paul Whiteman in “King of Jazz”.

It was remodeled to the plans of architect Jorge Pla Cardona and the seating capacity was reduced to 721, with 494 seats in the orchestra and 227 in the balcony. It was reopened by Cinesa on 1st July 1973. It programmed exploitation films. The Cine Eden was closed on 8th April 1985.

It reopened as the Eden Concert, presenting live performances. It has since closed and the building has been gutted and converted into a parking garage.