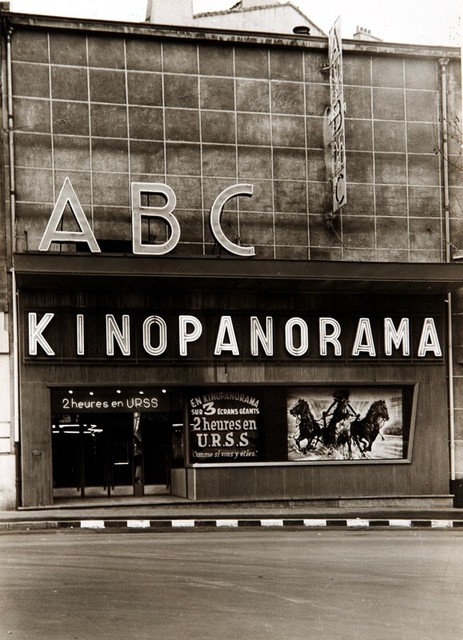 The ABC Cinerama was equipped with 3-strip Cinerama when it opened on 27th January 1957 with “This Is Cinerama”. It was designed by Paris based architect M.M. Peynet together with Marseille based architectural firm Lajarrige & Lauze. The louvered screen was 72ft wide and 24ft tall. On 19th November it stopped screening Cinerama films and went over to regular films.

The Cinerama screen was reinstated on 14th January 1959 when “South Pacific” began a roadshow run presented in 70mm. Kinopanorama was installed on 22nd February 1961 and was used until 20th March 1962. Cinerama was re-installed on 6th June 1962 and was discontinued on 12th January 1965.

Regular films were then screened until the ABC Cinerama was closed in 1966. It has since been demolished.