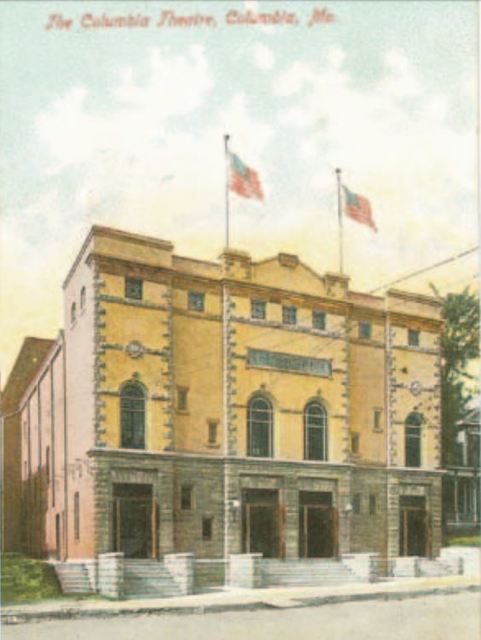 The Columbia Theatre opened in 1907 with 1,100 seats and was ruined by fire in 1929, losing the two top floors. After the fire, the first floor remained and housed the Van Matre, Harrison and Hollis law firm.

The Uptown Theatre, aka Bijo Dream, Broadway Odeon, and Cozy, was at 1010 E. Broadway and already has a page at Cinema Treasures. There are comments on that page tracing its history.

As far as I’ve been able to confirm, the house at 1103 E. Broadway was always called the Columbia Theatre from its opening in 1907 until its loss to a fire in 1929, though there is some possibility that it was the theater listed in the 1914-1915 American Motion Picture Directory as the Majestic, the only house at Columbia in that directory for which no address was provided. If the Columbia was not the Majestic then it must not have been operating as a movie house in 1914-1915.