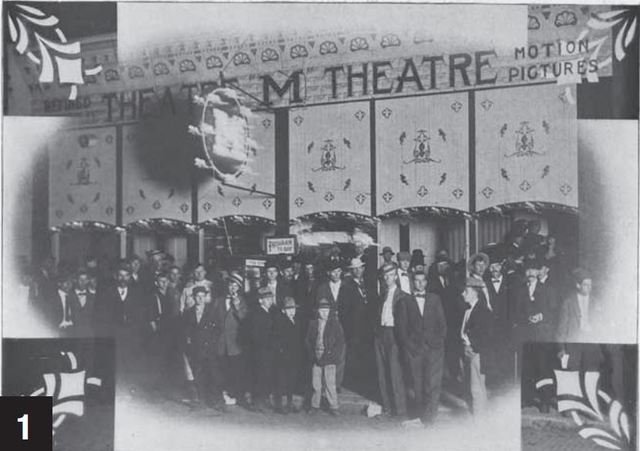 Located at the corner of N. 9th Street and E. Walnut Street. The M Theatre operated from 1909 to 1914. It was briefly renamed Gem Theatre before closing.

It looks like this house remained open at least a bit longer, after a name change. The 1914-1915 American Motion Picture Directory lists 10 N. 9th Street as the address of the Gem Theatre. Columbia had three other theaters listed: the Broadway Odeon, the Majestic, and the Star. By 1926 the FDY listed only the Columbia, the Hall, and the Cozy.

This article from Columbia Business Times says there was a Gem Theatre opened at the corner of Walnut and Ninth Streets in 1909. It doesn’t say how long it was in operation. The article mentions the M Theatre, but doesn’t say anything about the name change. Most likely its life as the second Gem was brief and has been forgotten.