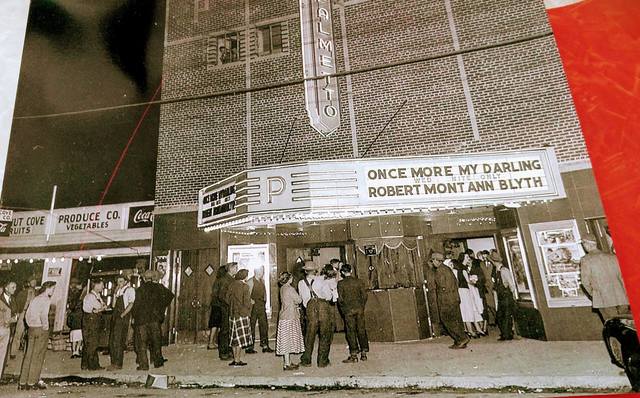 The Palmetto Theatre was opened prior to 1941 when it had 275 seats. A story in the Winston Salem Journal by Lisa O'Donnell on July 8, 2017 describes how Durward Bennett and six other investors are restoring the Palmetto Theatre in downtown Walnut Cove, a small town north of Winston-Salem, in Stokes County, NC.

The community is holding fundraisers to bring the theater back to life. There are photographs from the day the story was first published in the Winston-Salem Journal newspaper.