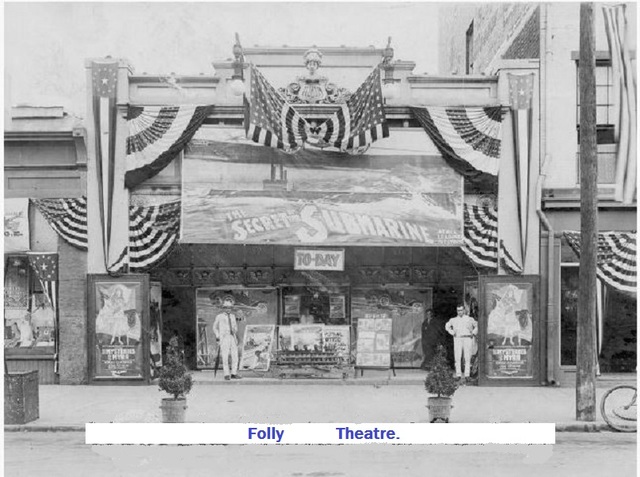 Opened as the Folly Theatre in the 1920’s, later, the name was changed to Band Box Theatre. The Band Box Theatre was operated by Lucas & Jankins, a subsidiary of Paramount Picures Inc. It lasted until 1944, when it was demolished to build in the site the bigger and modern (at the time) Avon Theatre.

The Folly Theatre was listed in the 1914-1915 American Motion Picture Directory. It was one of five movie houses listed for Savannah, the others being the Bijou, the Odeon and the Princess, all on Broughton Street, and the Pekin Theatre on Broad Street.