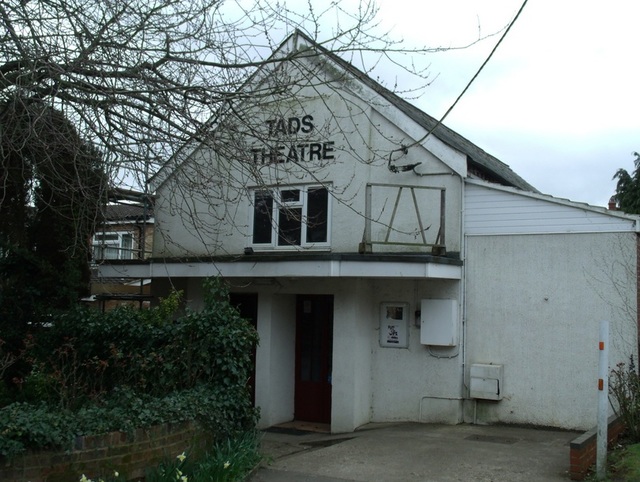 Located in the village of Toddington, near Dunstable, Bedfordshire. The Primitive Methodist Chapel was built by 1882. It became used as storage for the gas works and in 1914 it became a Girl Guides Hall. In September 1925 it opened as the Picturedrome. Seating was provided for 155 in the stalls and 30 in the balcony. The stage was 18 ft deep and the proscenium was 18ft wide. There was one dressing room. In 1929 it was equipped with an Imperial sound system, later replaced by a Gyrotone sound system. In 1939 it was re-named Cosy Cinema and in 1945 it became the Toddington Cinema.

In the late-1940’s it was taken over by the Midland & General Cinema circuit and re-named Rex Cinema. It was modernised in January 1954 with a British Accoustic(BA) system being installed, but closed in October 1958.

It was then sold and became a village hall for St. George’s Church which opened on 23rd April 1960.

It was taken over by the Toddington Amateur Dramatic Society(T.A.D.S.) in 1993 and they converted it into the T.A.D.S. Theatre.