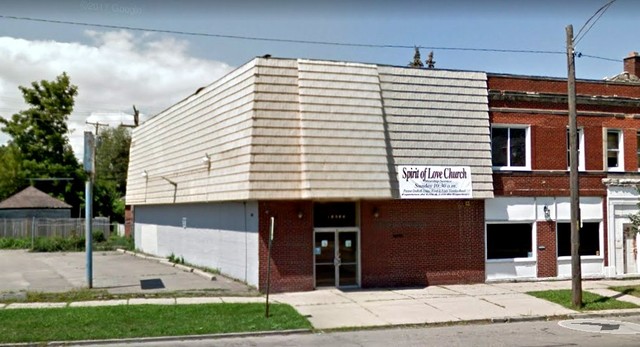 The Colony Theatre was opened by September 1927. This cinema existed as an art house in the early-1960’s under the name Coronet Theatre.

The August 15, 1926 Detroit Free Press said that the new Colony Theatre, under construction on Mack Avenue at Balfour Road, would on completion temporarily be used as a meeting place for the newly established Roman Catholic parish of St. Clare of Montefalco. A history of the parish says the first Sunday mass was held in the theater on October 3, 1926. Weekday masses were held at another location.

The parish school was completed by September, 1927 and Sunday services were moved to its auditorium until a new sanctuary was completed. What I’ve been unable to discover is if movies were shown at the Colony on weekdays while it was still serving as a church on Sundays, but either way it must have been operating as a movie theater full time by September, 1927.

The building has come full circle, as it is now the home of a Baptist church.