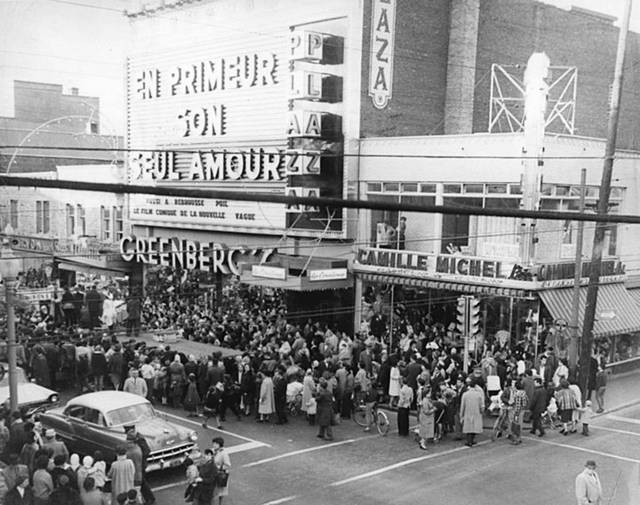 The United Theatre was opened onFebruary 17, 1922. It was later renamed Plaza Colon Theatre and finally Plaza Theatre, closing in 1977. It is now a live music venue named Theatre Plaza.

Theatre Plaza is now a live music venue. Here is their web site (it’s in French, and I can’t find an English version.) The web site has a number of photos of events at the house, and a lot of the original auditorium decor appears to be intact.