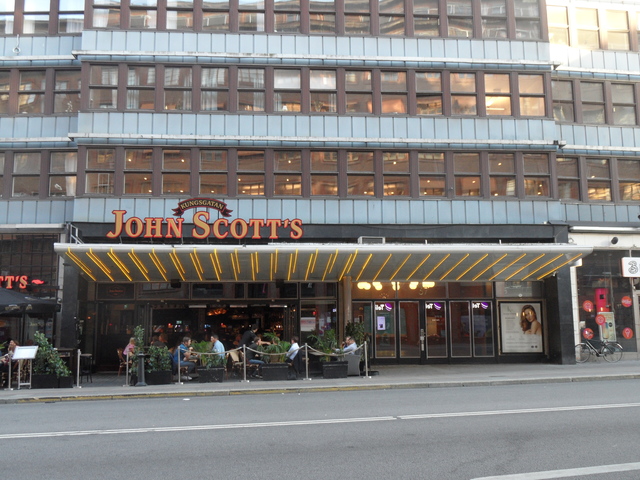 By 2018 the building was occupied by a branch of John Scott’s, which comprises a restaurant with live music, a bowling alley and a shuffleboards and billiards room. In a nice touch, the cinema’s brightly lit canopy is still in use.