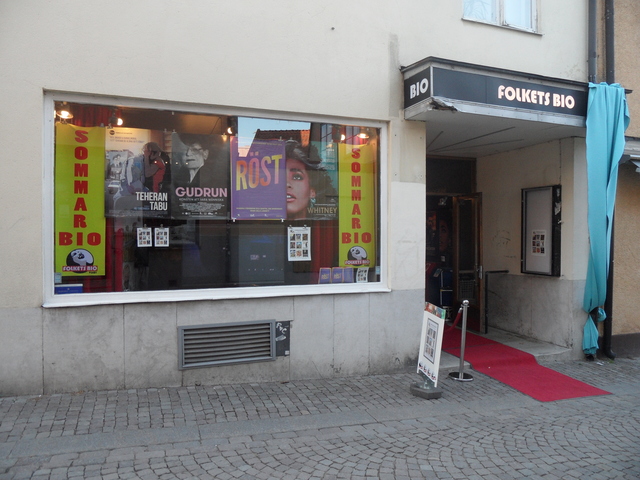 In Visby, the principal port town on the Swedish island of Gotland, the Roxy Bio opened in 1936, with seating for approximately 400 patrons. In 1986, it was taken over by Folkets Bio (“People’s Cinema”), a cultural distribution and exhibition organisation, founded in 1973 by Stefan Jarl and Ulf Bergrin, which aims to bring art-house and specialised films to the public. It is principally funded by grants from the government, and is staffed entirely by volunteers. It is usually only open on four evenings per week.

There are 18 cinemas in 15 locations in this mini-circuit; some of the films shown are Folkets Bio circuit releases, while others are chosen by the local volunteers. This cinema made the inevitable move to digital projection in about 2016; two 35mm projectors, one an AGA-Baltics, are on display in the foyer.