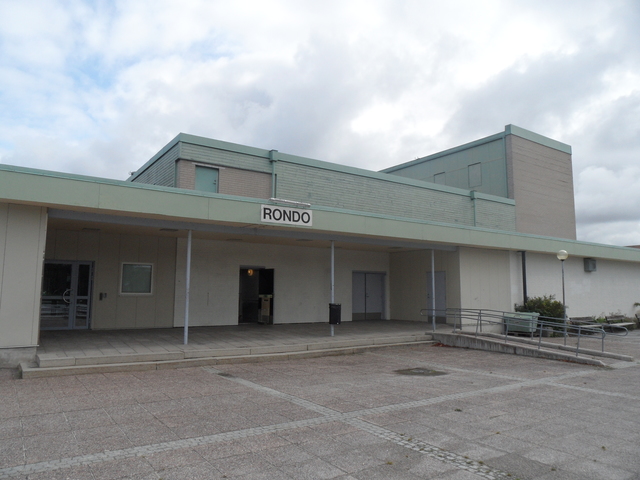 Situated in the small town of Klintehamn, on the western coast of the Swedish island of Gotland, the Rondo Bio is a combined cinema and theatre incorporated into a building that also houses Klinte School and other community facilities.

Urban legend has it that the cinema was constructed with Russian bricks, with ample quantities of vodka being supplied in gratitude for buying Russian. It is said this might be the reason why the second part of the premises, the school, was not as competently completed!

The Rondo Bio opened in 1968. The auditorium walls are adorned with attractive, acoustic brick patterns. The cinema was refurbished in 2013, and digital projection equipment was installed in 2017.