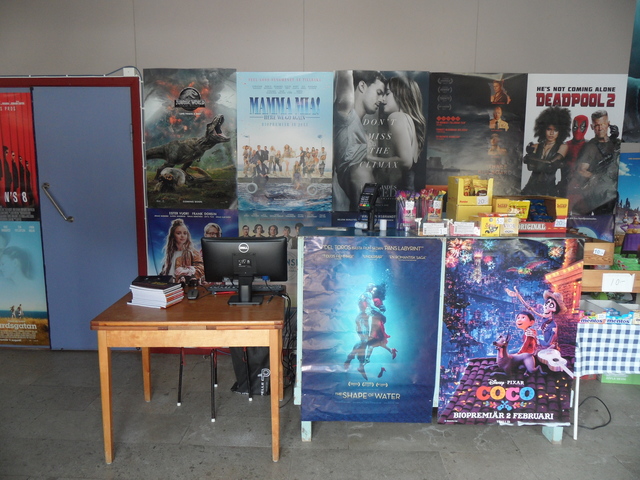 Situated in the small town of Burgsviks, at the southern end of the Swedish island of Gotland, the Bio was opened in 1956 by Henry Hansen, who converted an 18th century barn into a modern cinema.

He ran it for 11 years, then it closed for 20 years before Hans Waldenstrom got together with friends at the Eurostar Film Company and re-opened it in 1987 as a summer-only cinema, catering for the many holidaymakers who visit Gotland for the season. It is still part of the Eurostar AB circuit.

It is also still in summer-only operation. In 2018, for example, when I visited, the Bio was only open from 19th June to 19th August.

It has, of course, been converted to digital projection. As a reminder of its past, a 35mm AEG Triumphator III projector is on display in the foyer.