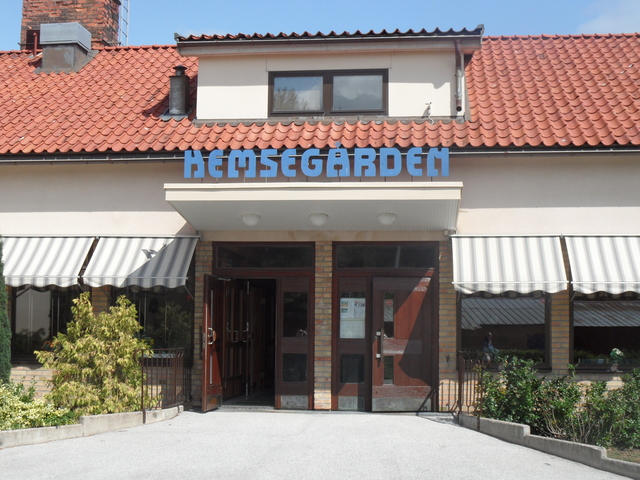 Situated in the small town of Hemse, towards the southern end of the Swedish island of Gotland, the Hemsegården complex opened on 16th January 1956.

This large, modern facility had been long-desired, and it ably met the need for spaces for theatre, cinema, dance, meetings and other community activities.

However, after thirty years of service, the Hemsegården became rundown and dilapidated. In 1993 the much-needed refurbishment finally took place. In January 2013, digital projection equipment was installed.

In August 2018, when I visited, the Hemsegården had the largest capacity cinema auditorium on Gotland.