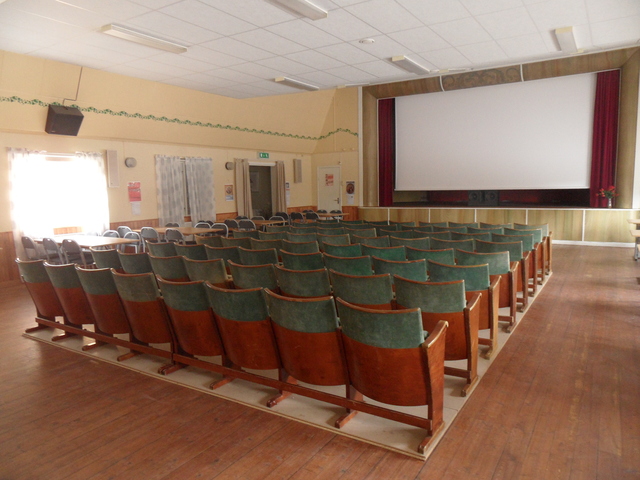 Housed in a community centre just outside Garda, a small town near the eastern coast of the Swedish island of Gotland, the Bio was first opened by projectionist Erik Nilsson in 1948, who used a portable projector.

Ten years later, a permanent projector was installed. Much more recently, digital projection has been installed. Films are mainly shown during the summer season, with the hall also being used for many other community activities. (The central block of fixed cinema/theatre seating is supplemented by free-standing tables and chairs down both sides.)

A bar which can seat 25 patrons is situated on a lower level behind the proscenium.