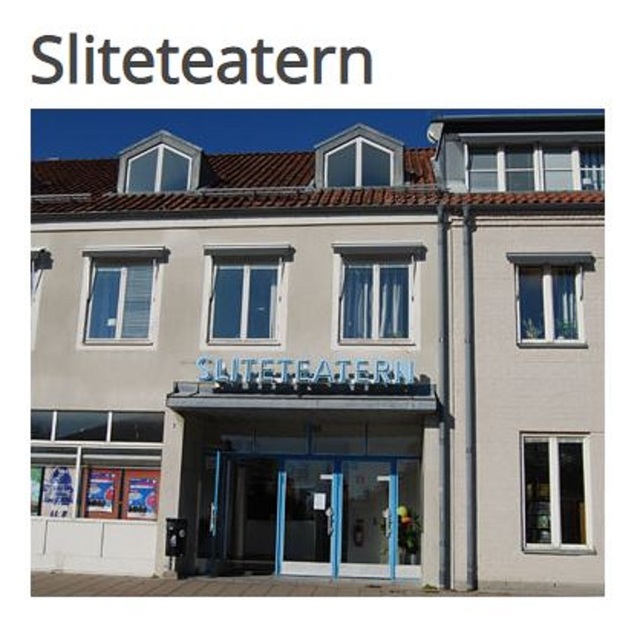 In the small town of Slite, in the north of the Swedish island of Gotland, the Sliteteatern opened in 1954. A relatively austere foyer leads to a very comfortable auditorium.

Until five or six years ago, there were 350 seats. However, a batch of luxury seats were acquired from the Filmstaden Borgen, in Visby. Three rows of these have been installed at the back, reducing the seating capacity to 286. All the other seats are the originals from 1954.

It is said to have the largest screen on Gotland. Digital projection equipment having, inevitably, been installed, one of their now redundant 35mm AGA-Baltics projectors is on display in the foyer. A nice touch is the mobile popcorn cart.

Sliteteatern is run by a non-profit making association that promotes culture in Slite. Its regular presentations are primarily a mixture of films, mainly on Sundays, and live, mainly music, shows.