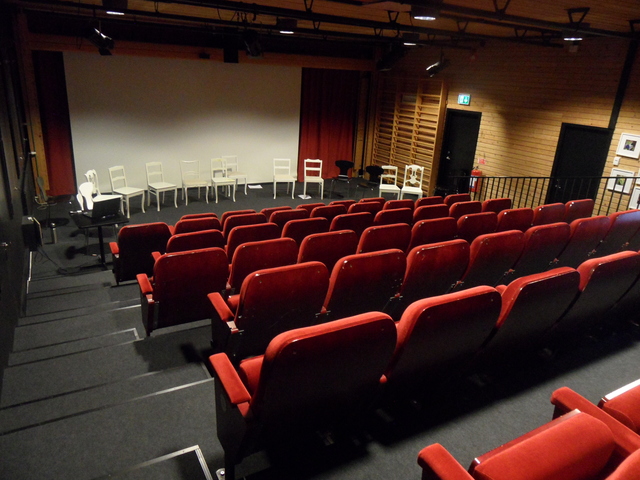 Located on the Swedish island of Fårö, situated to the north of the larger island of Gotland, the Bergman Center focuses on the life and artistic achievements of legendary Swedish director and writer Ingmar Bergman.

He had found inspiration for many of his films on the island, and lived there until his death in 2007.

The Center was established in 2011. In 2014 it was recognised as a film world heritage site when the European Film Academy acknowledged it as one of the “Treasures of European Film Culture”.

The main, permanent exhibition, ‘Ingmar Bergman’s Filmic Landscape’, is a journey through Bergman’s special connection with Faro, spanning over 40 years of his life and work. That is supplemented by changing exhibitions: when I visited, in August 2018, these focused on Bergman’s film “The Seventh Seal” and costumes from his films.

Naturally, there is a cinema! This is very comfortably appointed, with space at the front for speakers to lead discussion groups. The focus, of course, is on Bergman’s films, and these (together with selected works from other filmmakers) are shown every Tuesday during the summer season, then less frequently. In a nice touch, a now-redundant AGA-Baltics 35mm projector is on display by the entrance to the cinema.