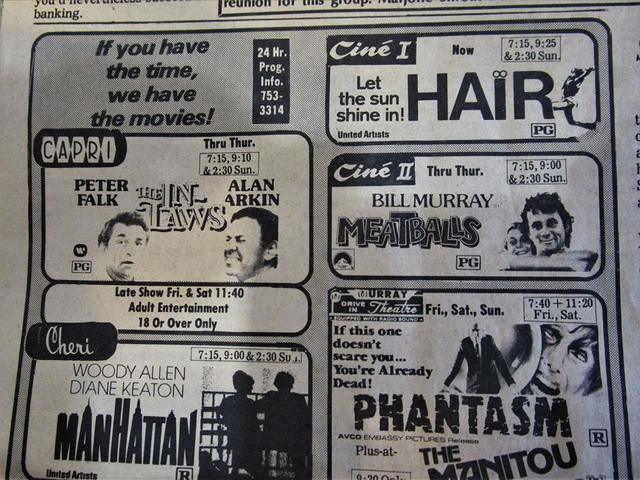 This theater opened in about 1970. It was located in a shopping center on Highway 641 North right across the highway from the football stadium at Murray State University. I remember it as a small twin theater with a very plain lobby. It was built into the shopping center, and was not a separate building. It opened as the Salem Cine, and at some point along the way, changed its name to Central Cine. It competed with the larger Cheri Theatre which was just around the corner, and the Murray Drive-In, which was on the other side of town. The first movie I remember seeing here was a midnight showing of “Woodstock” in 1970, and the last movie I remember seeing there was “The Elephant Man” in 1980. They often had midnight shows, and I remember going there several times for those. I moved from the area, and I am not sure when it closed. I think it lasted into the mid-1980’s. I think the area where the theater was became part of another business after the theater closed, and I’m not sure whether or not the building is still standing.