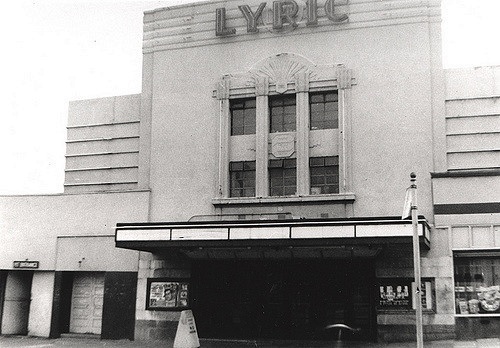 Located in the village of Throckley, which today is a district to the outer west of Newcastle upon Tyne. The Lyric Cinema was built by the E.J. Hinge Circuit and opened on 15th May 1935 with William Powell in “The Thin Man”. Designed by architect Percy Lindsay Browne in an Art Deco style, seating was provided in stalls and circle levels. There was also a cafe & darts club in the building, which also had a row of shops attached. It was equipped with a British Talking Pictures(BTP) sound system.

The Lyric Cinema was closed in October 1966 and became a bingo club. It was closed in 1976 and the building became derelict and vandalised. It has since been demolished and the site is now a car park for Sainsbury’s Supermarket. The end shop unit still stands and is in use as Lyric Wines.