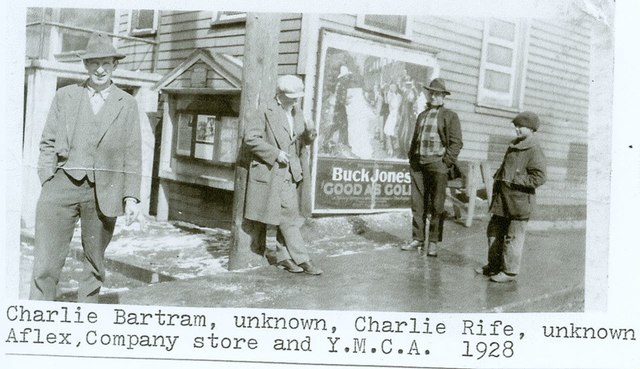 Aflex was a coal company town in Pike County KY in 1916. All of the businesses in town were part of the “company store” which the coal company provided. This included the Aflex Theater which had opened by 1926. There is a photo of the building in 1928 with a poster for the movie “Good as Gold” with Buck Jones. The Aflex Theater was still open in 1931, but was listed in the 1932 edition of Film Daily Yearbook as (Closed).

The community of Aflex still exists although the coal mines are long closed. The post office at Aflex was open from 1916 until 1988, when it was consolidated with Belfry, but Aflex is still considered a legal place name by the post office.