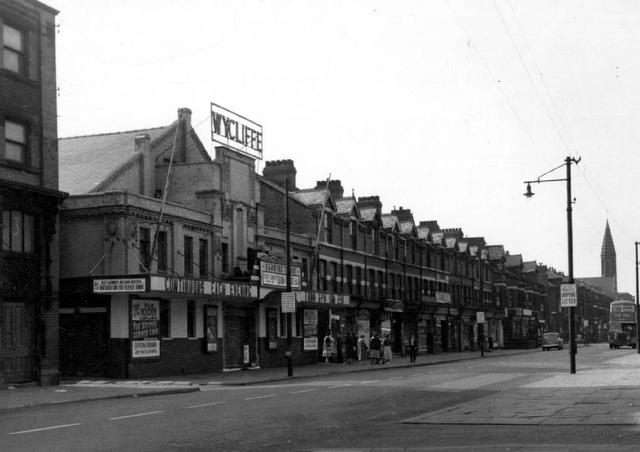 Located in the Moss Side/Fallowfield district in the south of Manchester. The Royal Electric Theatre was opened in 1915. In 1926 for one year only it was operated by the J.F. Emery Circuit. In the late-1920’s it was equipped with a Western Electric(WE) sound system and was re-named Capitol Talkie Theatre.

In January 1948 it was re-named Wycliffe Cinema. It was closed by the Ward Cinema Circuit on 7th September 1968 with Doris Day in “The Ballard of Josie” & James Stewart in “Shanandoah”.

It was converted into a bingo club and eventually closed. The building stood empty and unused for several years until it was demolished in 1990.