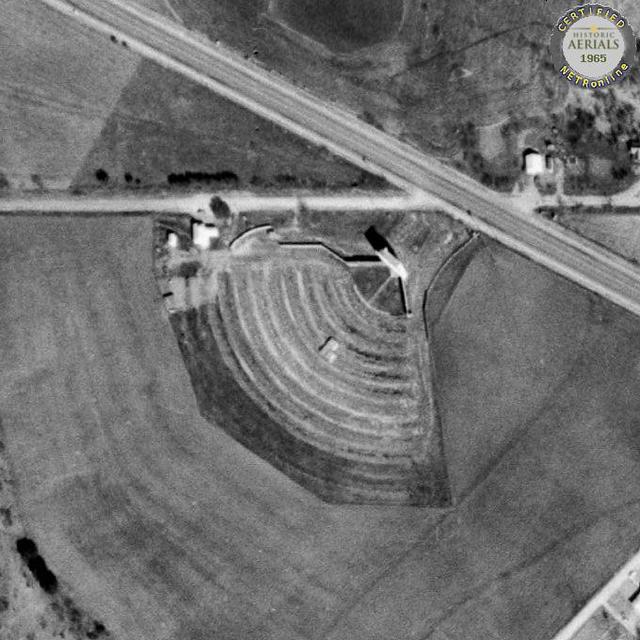 Today, the property is an open field with hints of the ramps and outline remaining.

The 1961 and 1965 aerial photos show the drive-in fully intact and seemingly open. Is is possible that the drive-in remained open past 1957 or perhaps was sold and operated by another owner?

J.E. Newman launched the Sunset Drive-In Theatre in Early, Texas – which was the first for the Brownwood/Early area opening in 1948, likely on a ten-year lease. In 1950, Newman added individual speakers to greatly improve the sound system for the patrons. The theatre’s sunset mural was a beacon to the area at night.

However, the theatre was outflanked by superior theatres including the Camp Bowie Drive-In and the Bluffvue Drive-In in nearby Brownwood. It would go out of business in 1957 likely at lease’s end. It possibly reopened without advertising. A fire in 1970 led to the demolition of the the theatre on November 1, 1971.

The remains of the ticket box were still there in August 2013 on Google street view, hard to see from the aerial because of the trees.

The ticket booth is still standing as of April 2019, but in poor shape.