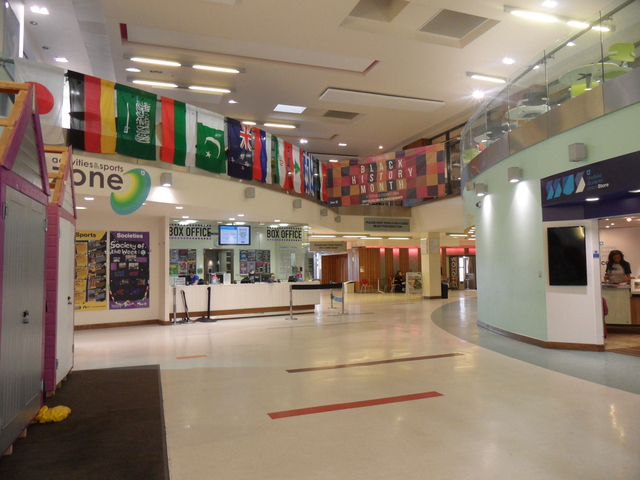 The original building included Firth Court, which housed common rooms for students. In 1928 the University acquired two small buildings to serve as student clubs, but the Students' Union did not get a separate building till 1936, when the Graves Hall (funded by J. G. Graves and designed by the Professor of Architecture, Stephen Walsh) was constructed.

Because of the expansion in student numbers, a new building was constructed in 1960-61, adjacent to (and linked to) Graves Hall. A further expansion took place in 1978, and various refurbishments occurred thereafter until 1993–6, when there was extensive reconstruction and extension, to accommodate a further increase in numbers. The result was the current six-storey Students' Union building, designed by Mott Architecture.

The building contains offices providing services to students, shops, coffee shops, music rooms and a Studio space, ‘The Foundry’. The lower level is home to The Nelson Mandela Auditorium, which is used for film shows, open to the public, most evenings of the week.

These are run by the Film Unit, said to be the oldest student cinema in the UK, having been founded in 1949. Entirely volunteer run, mainly by students, the Film Unit screens classics, World Cinema and limited release films.

When I visited, on Wednesday 24th October 2018, I enjoyed a rare big-screen presentation of Yasujiro Ozu’s 1953 masterpiece “Tokyo Story”. At that time, standard tickets cost just £3.00.