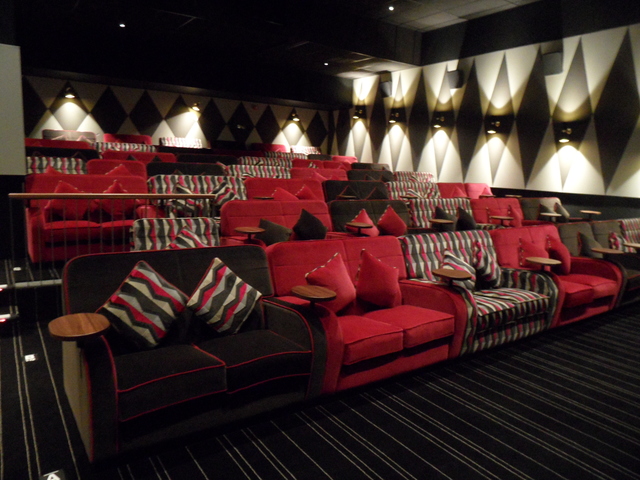 In Liverpool city centre, the General Post Office, housed in a building that has been likened to a French chateau, was severely damaged in the blitz in May 1941, resulting in the demolition of the upper floors. Later owned by The Walton Group, the building was acquired by Milligan (a retail development company) and J. W. Kaempfer and Richardson Developments in 2004.

Over the next two years, at a cost of some £100 million, it was transformed into a 160,000 sq ft leisure and retail centre, Metquarter, which opened in March 2006. Following a successful 18-month launch period, the development was sold, in August 2007, to Anglo Irish Bank Private Banking and Alanis Capital. Home to some 40 luxury shops, it is often referred to as the ‘Bond Street of Liverpool’.

In June 2017 it was announced that Everyman would move in with one of their appropriately luxurious cinemas. This duly opened on Tuesday 18th December 2018. Seating capacities are: Screen 1:54, Screen 2:83, Screen 3:118 and Screen 4:32. Screens 1 to 3 have Sony 4k projection, while Screen 4, with NEC 2k projection, is the only one equipped with RealD 3D, but it does have its own bar, available for private hire.

There is also, of course, a large lounge bar, which wraps around the main enclosed stairs. The walls are lined with walnut panelling with inset gold wallpaper and black and white 1950’s film imagery.

Outdoor ad posted. should be AKA: the other Everyman