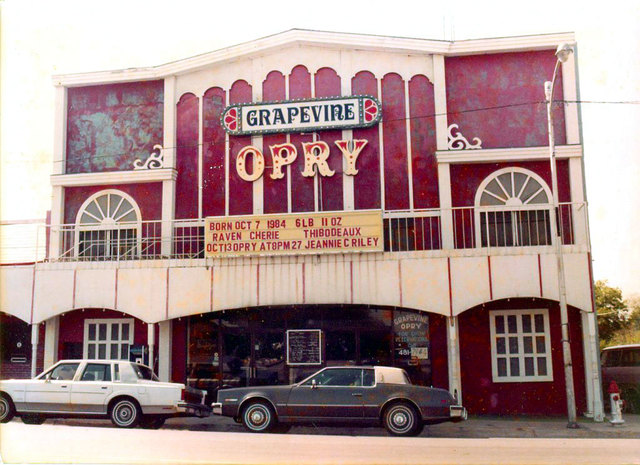 The old Palace was extensively remodeled in the 1970s (to resemble a Victorian building, they declared) to become the Grapevine Opry live music venue. The exterior and interior were used in the 1983 Robert Duvall movie “Tender Mercies.”

After an interior fire in 1986 and bankruptcy, the city purchased the theatre and began a slow process of restoration and recreation. Architexas restored the facade back to the 1940s look.