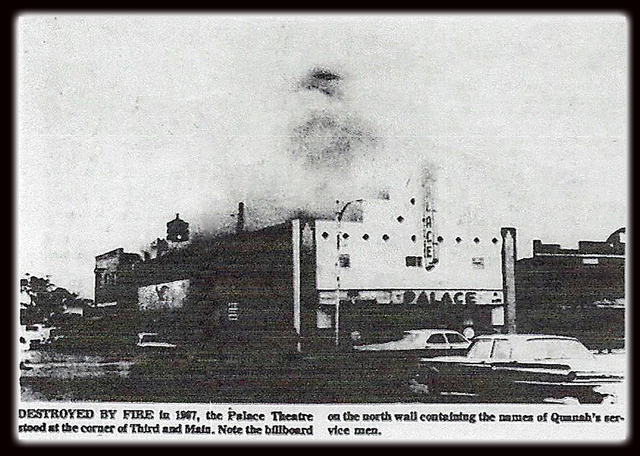 The Palace Theatre was opened in 1916. On September 10, 1938 it was taken over by Interstate Theatres. It was later operated by Frels Theaters. On November 6, 1967 Quanah’s downtown Palace Theatre badly damaged in a fire and consequently demolished and levelled.

A November 9, 1967 article in the Quanah Tribune said that the Palace Theatre opened in 1916, and the building had been built expressly to serve as a movie house, though there was also a stage for vaudeville acts. The house became part of the Interstate circuit around 1939, and later became part of the Frontier Theaters chain. It had been independently operated for about two months before being destroyed by a fire on November 6, 1967.