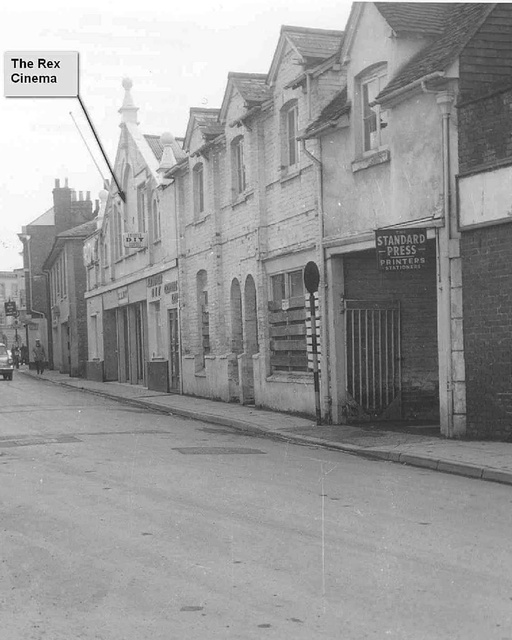 Andover’s oldest cinema was the Electric Picture Hall which opened around 1911 on West Street near the Market Place. It had a 26ft wide proscenium, a 30ft feep stage and three dressing rooms. In 1922 new owners took over and it was re-named New Theatre, presenting cine-variety. In the late-1920’s it was equipped with a British Talking Pictures(BTP) sound system. During World War II it was re-name Rex Cinema and was equipped with a British Acoustic(BA) sound system. It was closed in 1956.

It was demolished in 1968 to make way for the development of a new shopping precinct called the Chantry Centre.