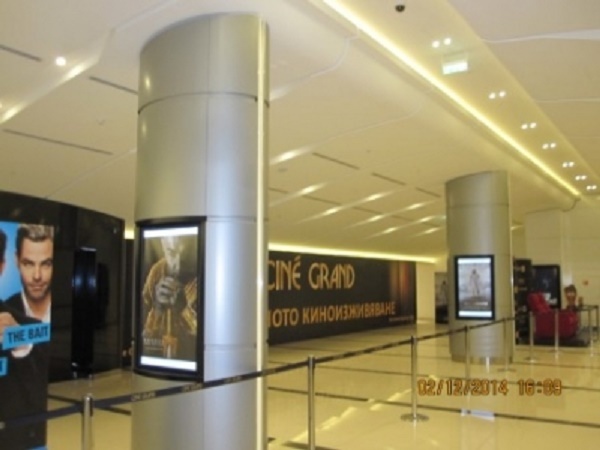 All the films screened are predominately American mainstream translated into the Bulgarian language.

Ciné Grand, founded in 2010, has other cinemas in China, India, Romania, and in California, New Jersey, and Minnesota, United States.

PGAG Architects, known for its flashy Indian cinemas, was the designer.