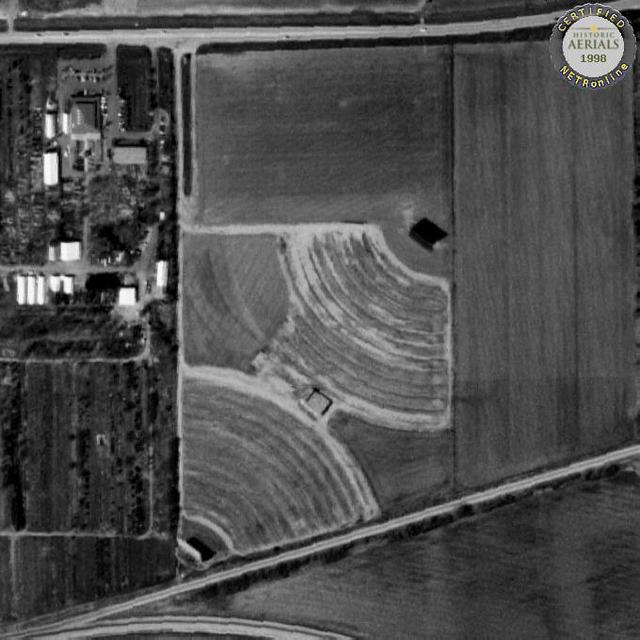 The Twin Drive-In opened on March 10, 1973. By 1976 it was operated by Kerasotes and first appeared in the Motion Picture Almanac in its 1977 edition, owned by Kerasotes of course. It persisted through the final MPA drive-in list in 1988, although it seems to have closed in 1984. Aerial photos show the screens and ramps intact through at least 1998, though they were gone by 2005.

You can still make out the ramps on Google Maps on the southern screen, a AMC Hardtop has been built over the ramps from the northern screen.

The Twin Drive-In Theatre opened on May 10, 1973, showing Snowball Express and The Biscuit Eater on one screen and The Graduate with CC and Company on the other. By 1976, the “Kerasotes Twin” was advertising that it was on Wabash Avenue.

An Aug. 7, 1983 article in the State Journal-Register identified it as the Twin, owned along with the 66 by Kerasotes Theaters.

The Twin appears to have ceased advertising after the 1984 season. By July 7, 1989, it was the “former” Twin in a Journal-Register article about possibilities for the site of Kerasotes' next theater.

The Journal-Register mentioned on Aug. 3, 1991 that by that point, Kerasotes was renting out the old Twin site as a soccer field and using it as a warehouse. I would not want to play soccer on drive-in ramps!