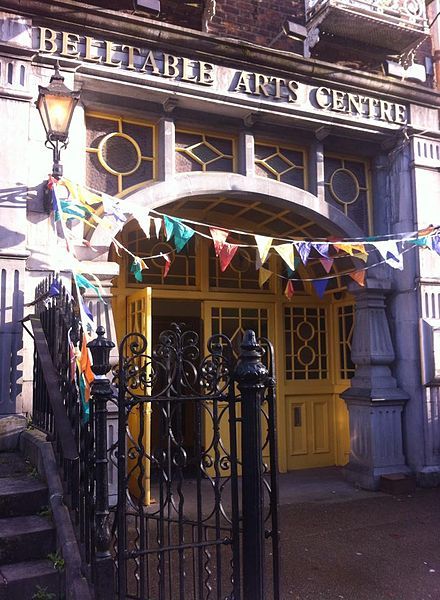 Located in Limerick, County Limerick. The Coliseum Cinema screened films and hosted stage productions. The building itself was originally a Georgian townhouse dating from at least 1840 and was used for occasional concerts before becoming the Coliseum Cinema in 1917. It opened on 5th November that year with “The Combat”, “Sydney Drew at a Premium” and “Max Goes to America”. Owner Michael Gough’s daughter Lena was one of the leading ladies across its many productions. It was later run by Thomas Gough who had a passion for gangster movies, and when it closed for the strike of 1951-2 it never reopened. In June 1953 it was reported to have been sold off and became a clothing factory. In 1959 it was bought by the Feile Lumini for a Confraternity Hall which was run as a theatre.

It 1981 it was turned into the Belltable Arts Centre, which opened on 21 April that year with “Faith Healer” presented by the Abbey Theatre. It staged productions from national, international and amateur companies and also screened films in two twelve-week seasons. The owners went into liquidation in February 2013, allegedly having gone over-budget with the refurbishment, and the centre closed.

Now owned by Limerick City Council and managed by the Lime Tree Theatre, based at the Mary Immaculate College, it was relaunched on 7th April 2016. It now consists of a 220-seat theatre, 50-seat balcony studio, three rehearsal spaces, an art gallery and restaurant. It is a multi-disciplinary venue hosting concerts, plays and comedy nights with films screened usually once a week. It is named after Belgian army officer Henry Belltable who founded the Holy Confraternity in Limerick.