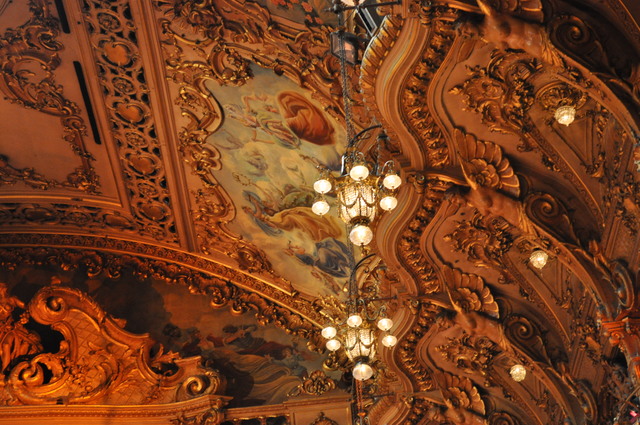 Located in the seaside resort of Blackpool, Lancashire. The 518ft tall Blackpool Tower was opened on 14th May 1894. It was inspired by the famed Eiffel Tower in Paris, France. The building at the base of the tower was designed by architectural firm Maxwell & Tuke in brick & Terra Cotta. It contained many attractions, including an Aquarium, a Zoo, a 1,300-seat Circus (interior designed by famed theatre architect Frank Matcham) and a magnificent 3,000 capacity Ballroom.

In 1897 the Tower Ballroom was a venue which screened some of the first films to be shown in the town. Within a year, the Tower Ballroom was stripped out and a new Baroque style interior was built to the plans of famed theatre architect Frank Matcham, which re-opened in 1899. If used for theatre use, it has 1,100 seats, and for concerts it has a capacity for 2,500.

In 1929 the Tower Ballroom was equipped with a Wurlitzer 2 manual 10 ranks theatre organ which was opened by organist Max Bruce. In 1935 this instrument was removed to the towns' Winter Gardens Empress Ballroom. The Tower Ballroom was equipped in 1935 with a Wurlitzer 3 manual 14 ranks instrument, with a grand piano, opened by organist Reginald Dixon. The organ console is on a lift on the front of the stage. The Tower Ballroom was damaged by a fire in December 1956. Repairs were carried out and it re-opened in 1958, with the Wurlitzer organ again played by Reginald Dixon until his retirement in 1970. Organist Phil Kelsall has been resident organist since 1975.

Today the Tower Ballroom is still open daily for dancing from 10am to 5pm, using the Wurlitzer organ and since at least 2000 an electronic organ (which gives the old Wurlitzer instrument a break). It is possibly the most used Wurlitzer organ in the world!

The Blackpool Tower with its Circus and Ballroom are Grade I Listed buildings.