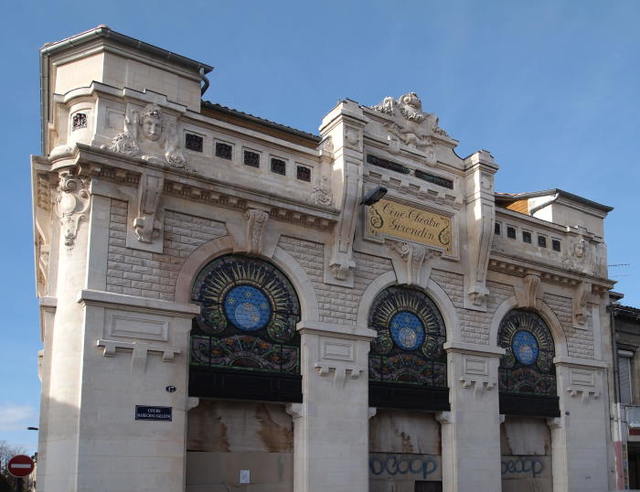 Located in the area of St Genes, in the southwest of the city centre. The Cine-Theatre Girondin was opened in 1919. Construction had begun in 1915, but due to the ongoing World War I it was halted. Seating was provided in orchestra and balcony levels. It was closed on 31st December 1966.

In 2006/2007 the auditorium was gutted and converted into 13 apartments, with car parking space in the basement. The attractive Art Nouveau style facade has been restored.