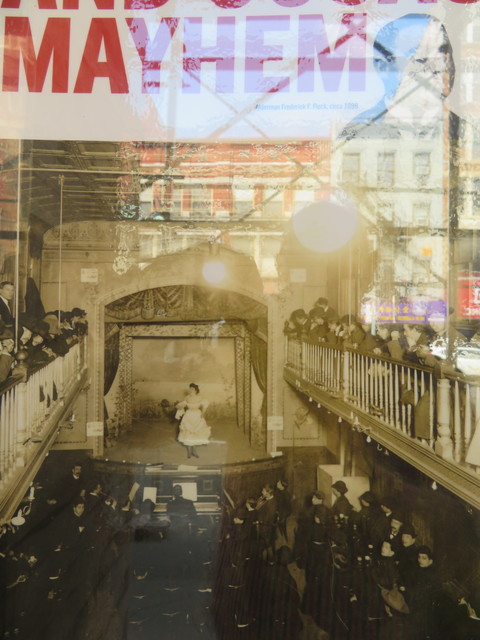 Located on the Bowery on Mahattan’s Lower East Side. Originally on this site was the National Garden which opened in 1871. In 1877 it was renamed Bowery Garden Theatre. In 1881 it became the National Theatre, a name it kept going back to several times until 1898. Other names were Romanian Opera House (1888-1891), Liberty Theatre (1896), Columbia Theatre, Teatro Italiano and Nickelodeon Museum (1897). It was destroyed by a fire in December 1898.

A new building on the site opened in 1899 as the Manhattan Music Hall. Stairs led from the street up to the auditorium on the second floor. This operated until December 1900. It was renamed People’s Music Hall in 1902 and operated as a music hall and by March 1913 was operating as a movie theatre. It was closed in 1918.

It was converted into a cheap hotel (rooming house) which operated into the 1950’s. Today the first floor of the building (at street level is a massage parlour). The second floor use in recent years is the US Pacific Hotel.