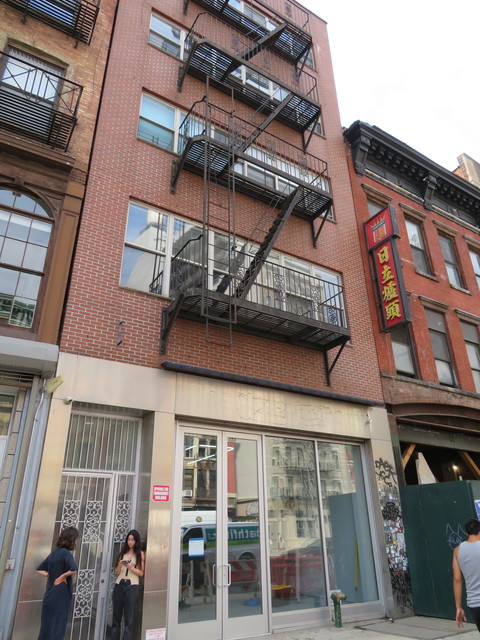 There was a shooting reported in front of a movie theatre at 214 Bowery in August 1908. The Novelty Theatre was certainly open by 1909. In 1912 it was listed as screening movies with Italian vaudeville acts. In 1913 there were several incidents of bomb attacts, including the Novelty Theatre, when organised crime targeted Italian business’s. It was still open in 1929, but had closed by 1930. It was originally listed as a 3-story building, but today, the facade has been replaced by a 4-story one. When seen in July 2019 the building was unused.