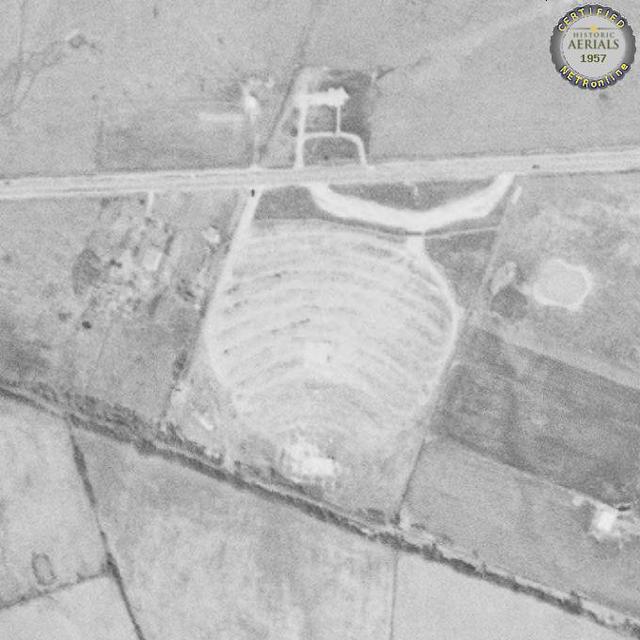 In its first appearance in the series, the Bel-Air Drive-In was listed with a capacity of 450 in the 1956 International Motion Picture Almanac.

On April 3, 1957, the screen was blown down by a storm according to a report in the next day’s Sun. It never advertised in the paper again, and was gone by a 1964 topo map.

Nothing remains of the drive-in today. Google Maps places its location, based on a 1957 aerial photo, in Kevil KY.

Its first movie was Canyon Passage, starring Dana Andrews. It was kind of old (1946) at the time, but it was in Technicolor.