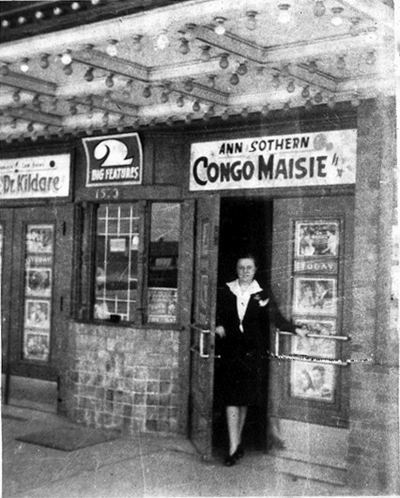 This 400-seat theater was located on Michigan Avenue, and opened in 1922. It was designed by C. Howard Crane. It lasted into the 1940’s before closing. Eventually it was converted into a church, and has since been demolished.

Anyong have any pictures of the exterior? I have been along Michigan Ave and never seen a building that could of housed it.

Oh wait I found one:
View link
now a church

It was at Michigan Avenue and Chopin, between Central and Lonyo. I’m not positive if that picture is right or not. I remember a dry goods store and later a pizza parlor in that corner, but both are now gone. It could be the right one, or not.

It was owned by Stanley Oleszkowicz, who ran it along with his children. An immigrant from Poland, he first owned a combination grocery store and hall (which became a bar whenever the hall was not rented out) with a place upstairs for the family. When prohibition came, Stanley sold that business and used the profits from it to build the Chopin Theatre. There were storefronts on the first floor and office space on the second floor, which were rented out. Stanley’s oldest son was the projectionist until the projectionist’s union objected. They set off a stink bomb in the lobby. Stanley was not intimidated, but both of his older sons refused to be the projectionist. That’s how the Chopin Theatre got a union projectionist.

Stanley and his family ran the Chopin until about 1930 or so, when Stanley decided to build a bigger theatre. That one was, modestly, named the Stanley Theatre, and it was on Warren near Greenfield. In 1938, Stanley opened his last theatre, the Atlas, on Plymouth between Greenfield and Southfield.

When Stanley moved his attention to the Stanley Theatre, he rented the Chopin to a gentleman who also had a theatre across the street. This gentleman showed Polish films in one theatre and American films in the other, until about the time when the Nazis invaded Poland. The timing may be coincidental, but still, it is what it is.

P.S. I know all this because my mother was one of Stanley’s children. And yes, I do listen to the stories in my family.

That is great to hear Stanley. Did you inherit anything related to the theaters? Also if you have any other info on Detroit’s theaters feel free to add a comment. I am a volunteer for CInema Treasures, and I specifically do Detroit theaters, and do research on them also. Thanks for joining Cinema Treasures, welcome.

Also is the theater still standing or demolished?

I did an aerial view, image here, the street right above the tack is Chopin st

The Chopin maybe gone now, that is if it is the International Beginning Ministries. I just drove by the building an hour ago and a huge hole has been knocked onto the side that is shown in the photo, most likely means demolition is occurring to the building