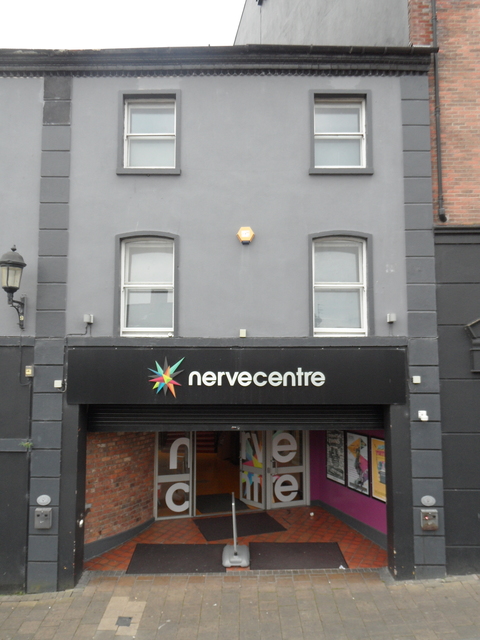 Located right alongside (and within) the historic City Wall in Londonderry, the Nerve Centre is a youth self-help organisation. Established in 1990, it aims to provide a creative outlet for youth culture and the many young people who feel excluded from the “arts sector”, by introducing them to popular music, film, video, animation and interactive multimedia.

It has been based in its present purpose-built multimedia arts centre since 1999. The facilities include a live performance venue, café, rehearsal space, recording facilities, video editing suites and animation studios. There is also a modest cinema, used for regular public screenings of limited release, art-house films, especially during the Foyle Film Festival (which usually runs from June to August).

In 2003, the Nerve Centre established a satellite centre at Crossnacreevy, East Belfast, to offer access to education and training for schools and youth organisations in the greater Belfast area. This does not host public film screenings.

The Nerve Centre is a registered charity managed by a board of directors that includes representatives from the education, arts, business and funding sectors.