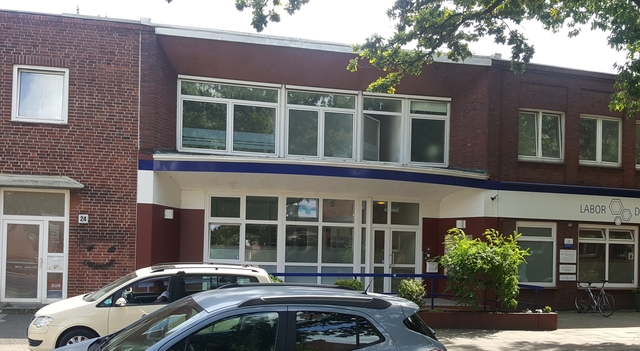 Located in the Barmbek-Sud district to the northeast of the city. The Dehnheide Melodie was built in 1954 to the plans of architect Herbert Wisotzki. It opened in 1957 and was operated by Klien, Albers & Hermann. The cinema had a CinemaScope screen with a size 12 x 4.8 meters and there was also a stage. It was equipped with Erneman X projectors and 4-channel stereophonic sound by Zeiss Ikon.

Later operated as a supermarket, since 2008 it has been in office use. It was demolished in Summer 2021.

The theatre was demolished in July 2021.