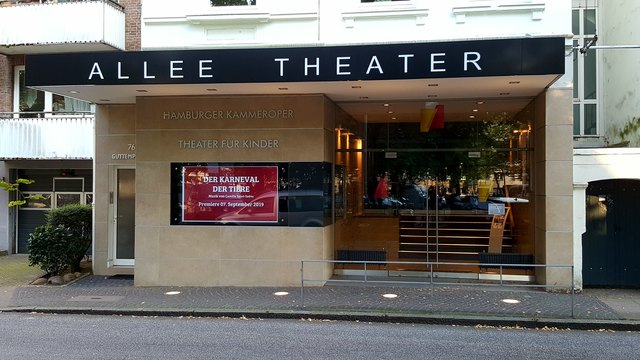 Located in the Altona district to the west of Hamburg. In 1948 a live theatre was converted into the Allee Lichtspiele. It opened in 1951 and was operated by Johnik & Co. The theatre retained its stage. In 1956 the cinema was operated by Erich Rudat and was modernised in 1958. In the same year CinemaScope was added. The projectors were Eremann IX and the theatre was equipped with a single channel Klangfilm/Ziess Ikon/Dominar sound system. The Allee Lichtspiele was closed in 1966.

Since 1968 it has been in use as a childrens' theatre and by the Hamburg Chamber Opera.