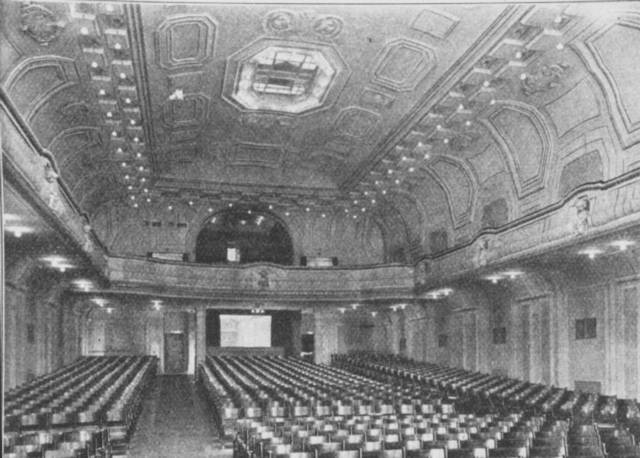 Located in the district of Wandsbek on the east side of Hamburg. In 1912 the Club and Ballhaus von Heinrich Hahn was converted into the Central Theater. The cinema was operated by Julius Cohn. It was designed in a Baroque style by architects Claus Meyer & Jacobson. The seating capacity was for 1,350 in orchestra and a horseshoe shaped balcony. In 1917 the cinema was operated by A.C. H. Tiedemann. In 1919/1920 James (Jeremias) Henschel GmbH and the Ufa Theater Betriebs GmbH took over. James Henschel was a cinema pioneer in Hamburg and owned an important cinema chain.

In 1925 the Central Theater was re-named Ufa Lichtspiele Zentral Theater and in 1936 it was modernised. The projectors were replaced and a reduced number of 1,073 new seats were installed.

In 1943 the cinema was destroyed by Allied bombs during World War II.