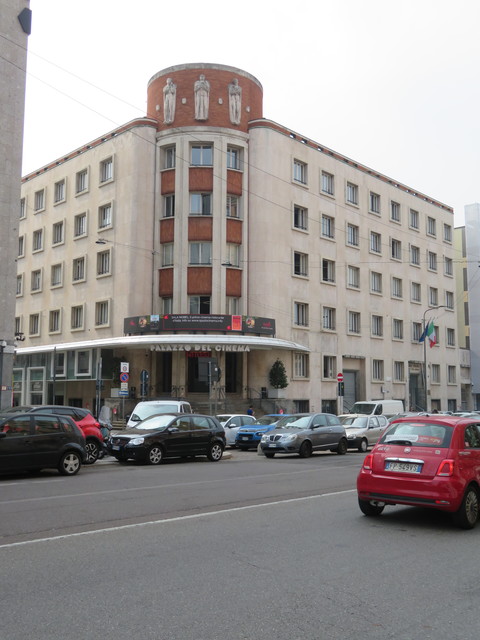 Located in the city centre in the Porta Nuova district, not far from Centrale Railway Station. The Palazzo del Cinema was opened as a single screen in 1935. Today it is incorporated into the former Spazio Cinema dating from 1939 (which has its own page on Cinema Treasures) and was later tripled and became a quad. Operated by the Anteo chain, the multi-screen now has a total of 10-screens. It is operating as a member of the Europa Cinemas Group of art house cinemas.