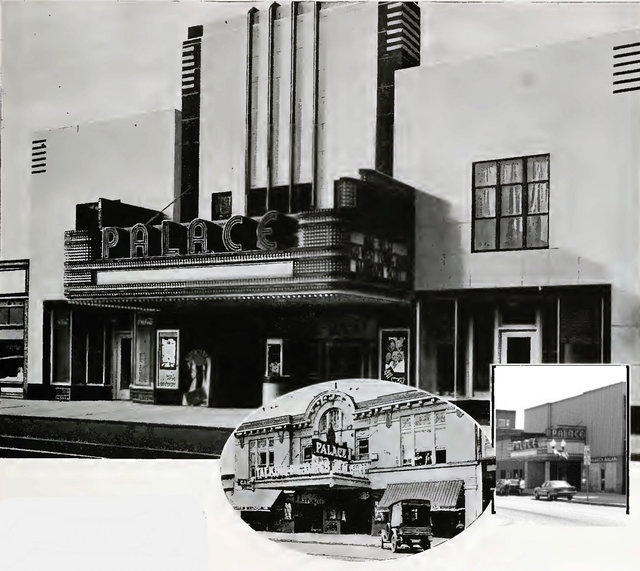 This theater opened in 1906 as the Lyric, and stood next door to the Grand Opera House, now the Fischer Theater on Vermilion Street. In 1912, it, along with the Opera House, was sold to Louis Fischer (which was thereafter renamed for its new owner) and were both entirely remodeled both inside and out at a cost of $100,000.

In 1929, the Lyric and Fischer were both sold to Publix-Great States Theatres. It was around this same time that the Lyric was again remodeled, this time in sleek Art Deco style, complete with a new facade and signage. The Lyric was also renamed the Palace at this time. A few years later both it and the Fischer had air-conditioning installed for the first time.