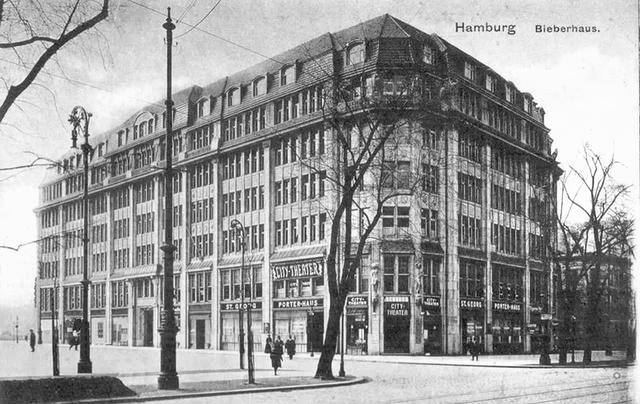 Located in the St. Georg district of the city centre. The City Theater was opened in 1910. In 1914 it was re-named Bahnhof Theater due to its location beside the main railway station. It was housed in the new Bieberhaus building designed by architects Gottlieb Rambatz & Wilhelm Jollasse in a Baroque style. It was operated by Heinrich & Jedermann. The cinema was closed in 1922.