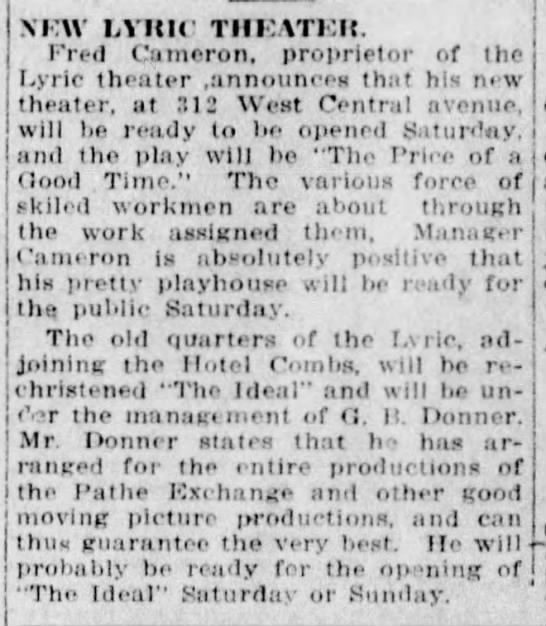 Opened in March 30, 1918 by Fred Cameron, who also owned the previous Lyric Theatre attached to the Hotel Combs which then became Ideal Theatre when this new Lyric opened.

Purchased by Joseph Barnett of the Barnett Amusement Company in December 1920. Barnett also owned the B Theatre and later opened the Sunshine Theater in the Sunshine Building. The Lyric Theatre was still open in 1926, but had closed by 1927.

In 2019 the Library Bar & Grill stands on the former Lyric Theatre site.