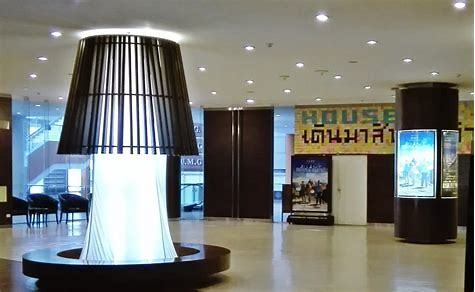 House Samyan is a three-screen art house, which opened September 20, 2019 on the fifth floor of the new Samayan Mitrtown development. Seating in the cinema is 200, 140, and 100. The former location was the two-screen House RCA at RCA Plaza, where it was located from 2004 to August 31, 2019.

The independent operators are Pongnarin Ulice, Chomsajee Techaratanaprasert, and Pornchai Viriyaprapanont. Chomsajee, the daughter of film producer Somsak Techaratanaprasert of Sahamongkol Film, says in the Bangkok Post: “As a film distributor myself, there were a lot of great films out there that were turned down by major theatres when we tried to pitch them to screen there, which is unfortunate. That was when we decided to have a cinema of our own.”

Their series called Film Buffet features 150 International films. Some of the movies are “Blue Is the Warmest Color”, “Call Me By Your Name”,” LA LA Land", “Moonlight”, “The Hateful Eight”, and “Spotlight”. The Bangkok Post mentioned other films that are being brought back include Woody Allen’s “Manhattan”, “Forrest Gump”, Tarantino’s “Pulp Fiction", and Akira Kurosawa’s “Tokyo Story."