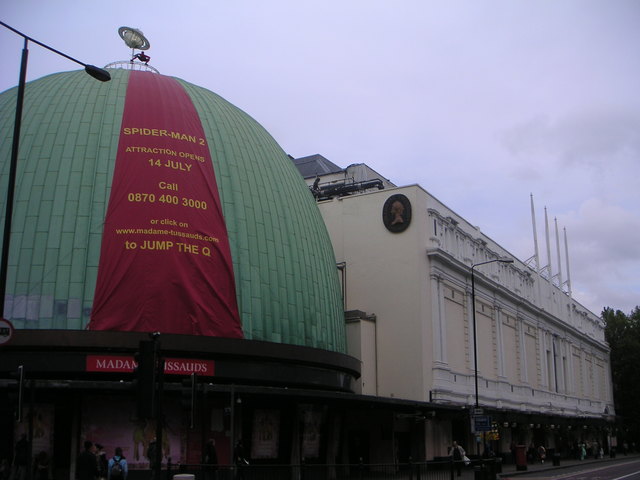 The London Planetarium was opened on 19th March 1958 and was built on the site of the Tussaud’s Cinema which was destroyed by German Bombs in September 1940. (it has its own page on Cinema Treasures). It is adjacent to the world famous Madame Tussauds Wax Museum on Marylebone Road at Baker Street.

The London Planetarium was popular for many decades, but closed in 2006 and became the Sky Dome Auditorium, presenting Ardman animated digital images of personalities.